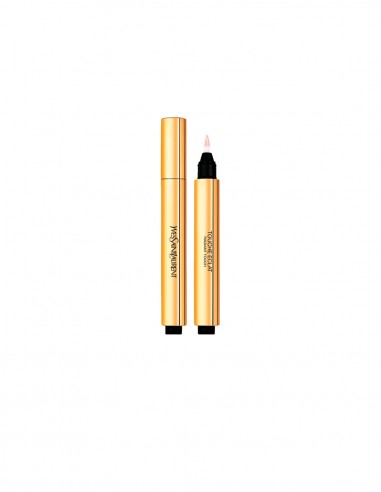 YSL Touche Éclat is one of the emblematic products of the YSL house and that hardly needs a presentation: an illuminating brush that erases the fatigue of your skin, reduces imperfections and captures the light to reflect it on your face. One of the fetish products of models and movie stars. This hydrating illuminator with a fluid texture illuminates the shadow of the sides of the nose, the corners of the lips, the hollow of the chin and the wrinkles of expression. The YSL Touche Eclat is also often used in the area of the lip contour to give a more fleshy appearance or on the bridge of the nose to give a touch of light.